“I have always considered raising boars as a good thing, both for the animal as for the farmer.” 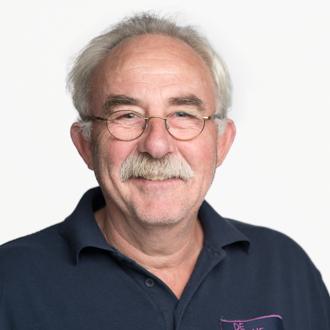 Rudolf Raymakers is 64 years old. He is a vet specialised in pigs and co-owner of the Veterinary Centrum in Someren, The Netherlands.

How did you start your career?
“I graduated in 1982 on a Friday, and the next Monday I started to work at the Veterinary Centrum Someren. During my whole career of 38 years I was a member and co-owner of the Veterinary Centrum Someren, which is located in the South of the Netherlands, close to Germany and Belgium. The well equipped Equine Clinic provides services for international cliënts directly or via referring veterinarians. I started to specialize in pigs in 1991, after the outbreak of the porcine reproductive and respiratory syndrome (PRRS).”

What has changed since you started working?
“In those early years the Dutch pig farmers were very reluctant to switch to raising entire male pigs. Farmers were afraid of the risk of boar tainted carcasses. But ten years ago the discussion on ending castration started in the Netherlands. Animal welfare became more and more a topic in the news. First we started with castrating pigs under anaesthesia. But after a while farmers also started to think about raising boars. They looked at the situation in Spain and the United Kingdom where producing entire male pigs is normal. Farmers also realized that boars have advantages in terms of efficiency and feed conversion ratio. Especially in the second part of the fattening period, boars can grow very fast.”

What is your advice for farmers switching to entire male pig production?
“Over the years, I have guided tens of pig farmers with boars. In the beginning we got signals that the boars were restless and that mounting behaviour occurred. This happens indeed. My advice – and with good results – has always been to keep the litter together as much as possible.”

Why do you recommend keeping the litter together?
“Mounting behaviour is less in mixed groups. And off-course the feed conversion and growth is less, because it is more difficult to utilize the growth potential of the boars. The health advantage of mixed sexed groups is very substantial. For me this was a clear example of a so called ‘best practice’.”

What are other aspects that need attention in entire male pig production?
“Another very important management aspect comes along when the boars enter the fattening compartment at 25-30 kg. They are often quite lean at this weight, and it is very important that the feed intake is high enough. In a environment in which the animal feels safe, with group members they already know, this process is much easier.”

“Taking these learnings into account, I  have come to the conclusion that raising boars is a good thing, both for the animal as for the farmer.”