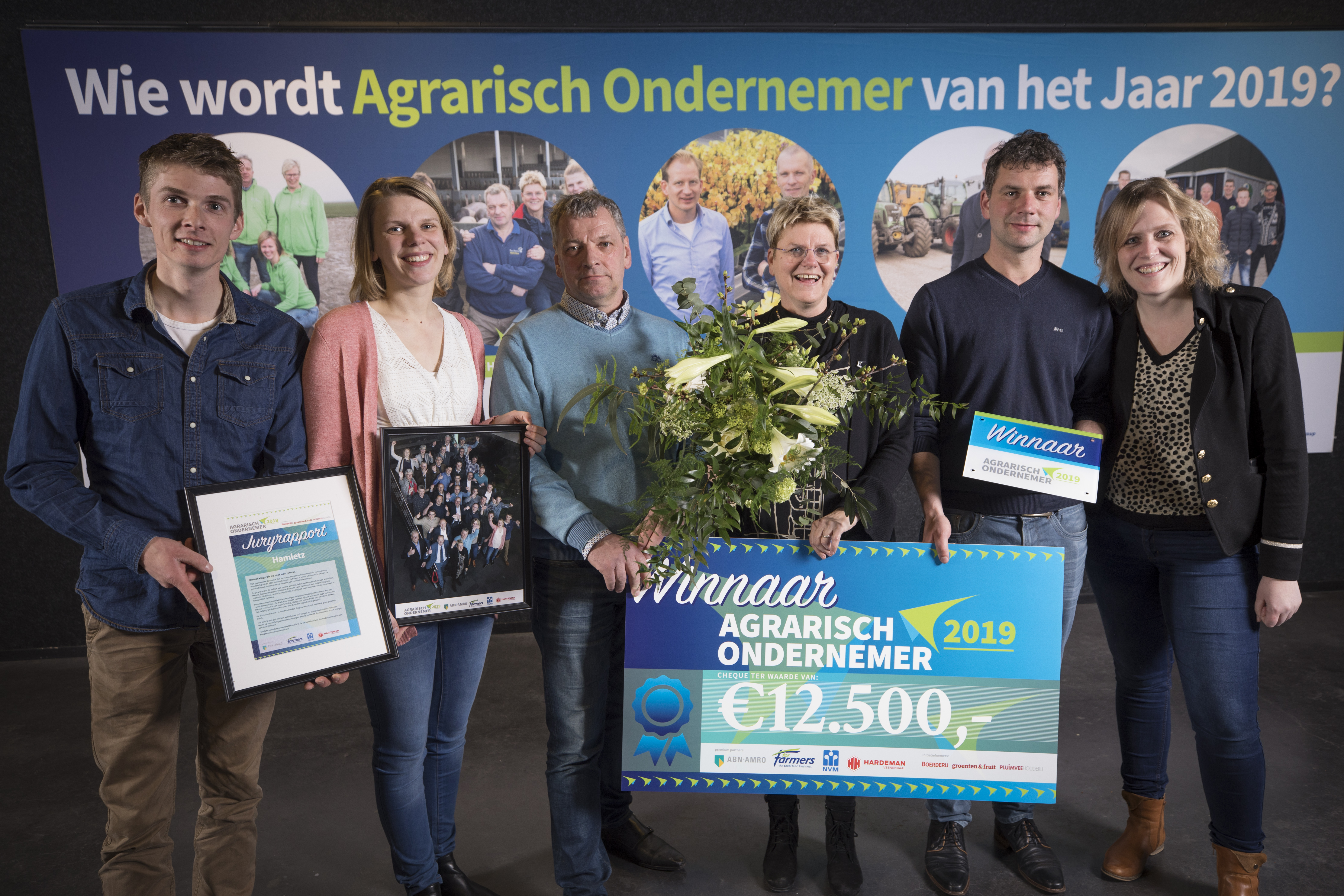 “Eliminating castration from our farm was a relieve”

Annechien ten Have runs a pig farm and arable farm with a biogas installation. Together with her son she owns 600 sows and 5.000 fattening pigs, plus 250 hectares of arable land. The farm is situated in Beerta, Groningen, The Netherlands. They work with Topigs Norsvin pigs, and sell the meat under their own brand name: Hamletz®.

How did you get started in pig farming?

I took over my parents’ farm. As a child I already enjoyed helping my father. I have been keeping boars for 25 years now.

Why did you decide to switch to boars?

We had by-products from breeding which were difficult to sell. At that time you were not aloud to deliver boars to the meat processing company. Finally we did receive an exception from the slaughterhouse which allowed us to deliver entire male pigs to a separate distribution channel.

A few years later a welfare program was introduced for the UK market. Which meant that we could start producing entire male pigs. My husband Menno grew up on a dairy farm. He disliked castrating piglets, and questioned the need for it on our farm. I was used to the castrating, seeing it from his point of view was an eye-opener. I think it is good to rethink your your farm practices once in a while.

What went well and what was disappointing about the switch to boars?

Eliminating castration from our farm was a relieve. It turned out that the feed utilisation improved, the pigs had less infections and there was less (unpleasant) work. Nothing was disappointing, only aggressive behavior became more of a point of attention. The pigs are jumping at each other more when they are not castrated. They show this behaviour as piglets and they keep performing it when they grow older. Looking through a window in the shed you can see this behaviour clearly. This causes bit more of a hassle.

How often does jumping behavior occur among the boars?

Very regularly, this behaviour is just in their nature. There is nothing we do to change this behaviour. But you get used to it. And now that I am, I find it too quiet when they just lie around all day.

Did you have to make changes to your farm buildings?

We did not change the buildings on our farm when we switched our practices to non-castration. I am not sure what the ideal accommodation for keeping boars is, but I do think that it is important that they can all eat at the same time.

Hamletz nominated for Dutch Agricultural Entrepreneur of the Year 2019

In 2019 Annechien ten Have and her family were awarded as the Dutch Agricultural Entrepreneur of 2019. Watch the video of the nomination of Hamletz (only available in Dutch).