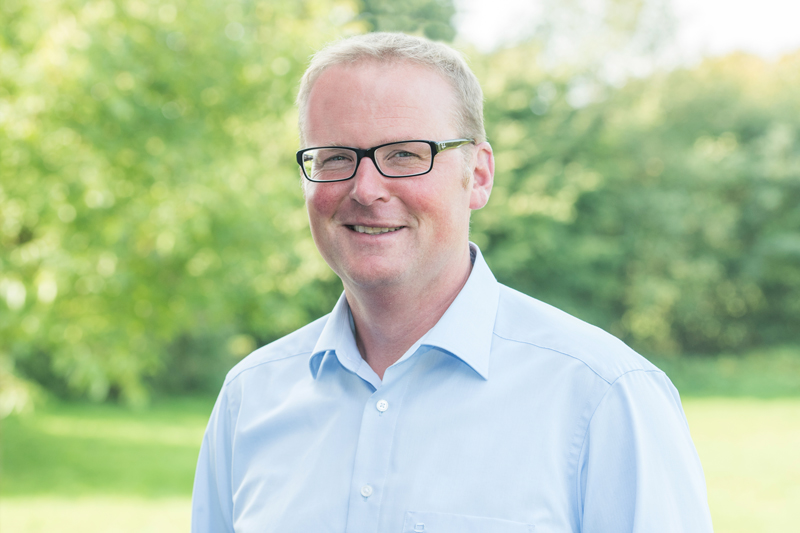 Georg Freisfeld runs an arable and pig farm together with his wife Katrin. Their farm Freisfeld Hof is located in the southern part of Munsterland in the municipality Ascheberg, North Rhine Westphalia. They house close to 2.000 fattening pigs, next to the 75 hectares of arable land and 7 hectares of forest.

Since when are you a pig farmer?

I am a pig farmer since 1997. Before this I obtained my BSc in Agriculture.

Nearly 2000 fattening pigs have their home in our farm. We do not breed piglets, as we have a long term relationship to a sow farmer. In addition to the pigs we grow our crops and corn on 75 hectares of arable land. We are a member of the German Producer Cooperation Westfalen. As from May 2015, we participate in the so called Initiative Tierwohl. The wellbeing of our pigs is at the heart of our daily routine.

When did you start working with entire male pigs?

We started rearing entire male pigs in November 2008. The retail organisation wanted to test selling  meat from entire male pigs. At the same time Zoetis (formerly Pfizer) wanted to have their new vaccine tested for European approval in our farm. These two events led to our decision to change our farm practices.

How did you experience this change in the beginning?

Contrary to all assertions, the boars remained calm. This was probably because we housed male and female pigs separately.  We were very happy with the fact that no boar tainted carcasses were identified. Altogether, the transition was smooth.

Did you experience any difficulties?

At the beginning we struggled a bit with the feed. The demand for boar feed with respect to amino acid endowment was clearly different from sow feed. At the time it was common to apply two different feed rations. Nowadays, tests and studies have shown that an age-appropriate feed formula for sows and boars together is sufficient. This makes the feeding easier.

How do you look back on the past years?

When the market asked for meat from entire male pigs, they paid well too. Meanwhile, the retail market does not seem to want more boar meat. Therefore, the German slaughter industry has narrowed the payment scheme to the detriment of farmers.