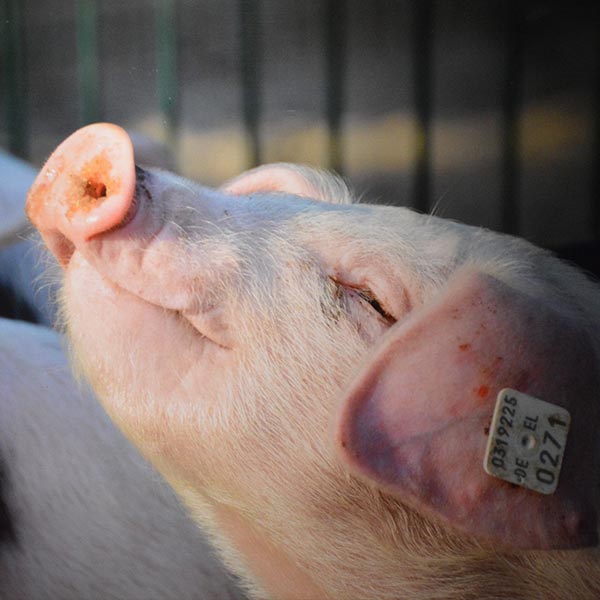 I recently visited Bretagne at the invitation of Cooperl. I related our experiences with boar raising at their annual meetings for their pig farming members. I was pleasantly surprised by what I saw and heard.

First, a little information on Cooperl. Cooperl is a cooperation that annually slaughters some 5 million pigs. It also produces 1.5 million tons of animal feed and collects 150,000 tons of grains. Moreover, the cooperation has 80 butchers’ shops and catering companies. Cooperl also owns a number of meat processing plants.

It is interesting to know what happened in France. My recent visit provided me with insight into this. There they quietly kept working. First on orientation and later on trials. Cooperl has been developing the ‘Porc Bien-Etre’ project since 2008. The organisation first collected information. (We did the same in the Netherlands in collaboration with De Dierenbescherming [animal protection organisation] as part of the working party “Beren op de weg” [Dutch play on words, ‘Boars on the road/underway] in the early 2000s). They first trialled Improvac which is manufactured by Pfizer. However, Improvac still constitutes an intervention; the animals have to be vaccinated twice at a precise point in time and this costs € 3 per pig, etc. Cooperl decided to keep looking. In 2011, in cooperation with an initial group of 40 pig farmers, they conducted a pilot into non-castration. In 2012, a second group of farmers took part using pigs with various DNA profiles. Cooperl gained experience with slaughterhouse detection. Then its representatives travelled to the Netherlands to see how we conduct human nose detection. The technical and economic results were then studied as a result of which they decided to definitively stop castration in 2013. In order to inform their pig farmers, they organised an information meeting in February 2013. There, they informed the pig farmers about market and social developments. A vet highlighted animal health. The technical results were discussed as was the feed composition for boars. Finally, they had a French pig farmer who had been part of the pilot relate his experiences. In addition, I was asked to come over from the Netherlands to tell attendants about boar raising in practice. They were also interested in pork consumption in the Netherlands. And I had good news for them: the trend in the Netherlands as far as pork consumption is concerned does not deviate negatively from that in countries that do castrate. Non-castration has no effect on consumption.

In short, Cooperl decided to not castrate. The process may have seemed low profile, but it was very thoroughly prepared. I am forced to conclude that that non-castration is picking up steam.